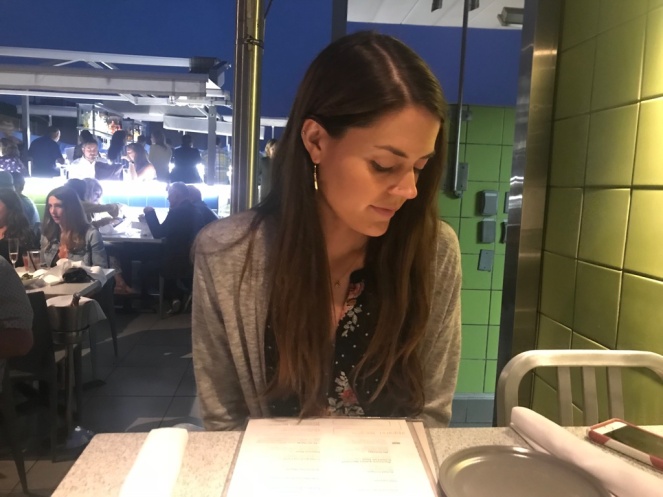 Recently we saw Open Table’s list of the 100 most scenic restaurants in America, and we noted that one of the restaurants on there is also on our list! With our two and a half year anniversary approaching, we finally decided to make the drive up to La Jolla to check out George’s at the Cove. We were feeling a little more casual, so we opted for the Ocean Terrace level. The Ocean Terrace is known for its view. The view did seem spectacular, however, we chose the one foggy night to go! Still seemed beautiful, we will have to go back to see it again sometime. They were nice enough to seat us early, which was nice because we were starving!

We started out with some beautiful, tasty cocktails. Ian’s had some sort of tincture of a tortilla in it, which even after asking the waitress about, we still don’t understand what that meant. I did not see any tortillas present in it? Mine was sweet, sour, and watermelon flavored. We splurged on a well-worth it appetizer. We ordered the burrata, and let me tell you what, it was darn good. The soft, creamy burrata was paired with pea pesto, roasted tomatoes, balsamic vinegar, basil, and warm, toasty sourdough bread. It was perfect in every sense of the word. What really made it stand out was the sea salt and cracked black pepper on top. We scarfed it down! 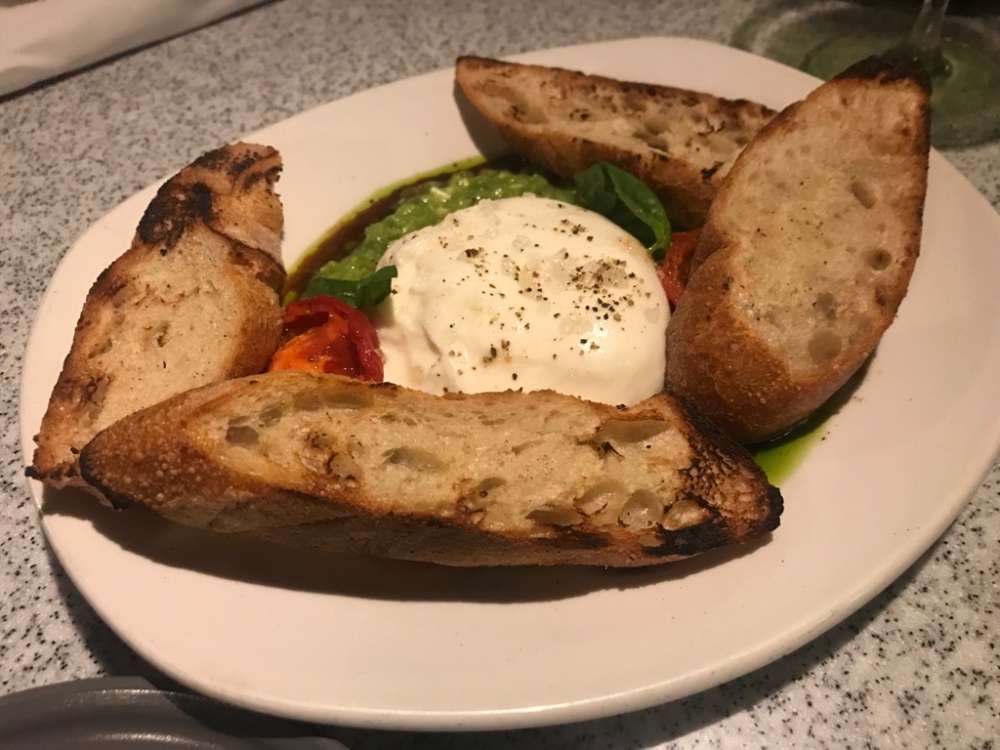 Main dishes next! Ian definitely ordered way better than I did. He got the red wine braised short rib with carrot puree, asparagus, Swiss chard, tomato marmalade, and crispy leeks. It was a beautifully well-balanced dish. Comforting, familiar, and yet still interesting. The carrot puree was great. Smooth, slightly sweet, and satisfying. Ian said he didn’t even miss potatoes! I ordered the spaghetti with braised beef and clams. Overall, a yummy dish, but didn’t hold a candle to Ian’s dish! It was nice the way they prepared the clams, almost like a stuffed clam with the braised beef bolognese placed inside of the shells. The sauce was seasoned well and the noodles were cooked al dente. For dessert, we split the sticky toffee pudding cake. It was topped with honey toffee sauce, vanilla ice cream, and peanut brittle. The cake had good flavor, but overall it was a little disappointing. Ian really liked the peanut brittle. I let him finish my half in honor of our anniversary!

I think if we go back to George’s, we will try the California Modern level or the bar at Level 2. The drink menu at Level 2 alone is like a treasure trove of wonder. It was a nice atmosphere, and we definitely enjoyed the drinks. It was a nice place to celebrate an anniversary, and we enjoyed our time there. We have been lucky enough to spend two and a half years together exploring different restaurants, towns, and hot spots. We look forward to many more foodie adventures to come!