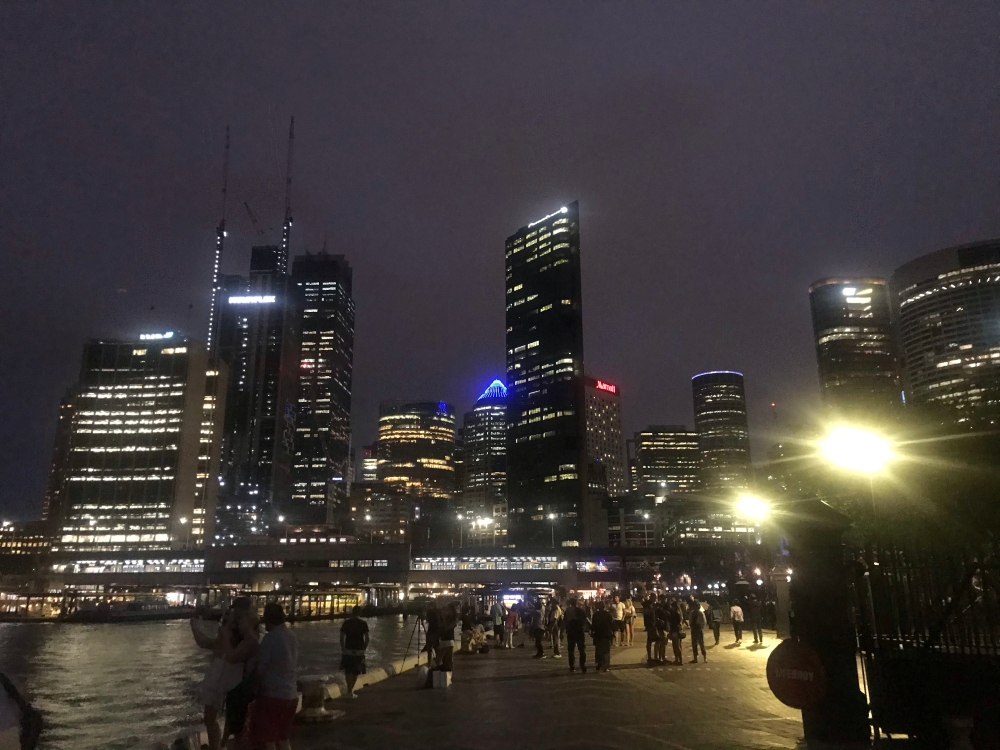 This is a blog I have been putting off for whatever reason. I think because it was the perfect trip and it deserves the perfect blog. So the pressure has been too much for little old me to surmount! However, now that I have had some time at home, I am out of excuses and ready to try to tackle the beast. Metaphorically, of course.

Early January, the Dineamic Duo took a very long flight Down Under (ok, ok that is the only time I will use that joke I promise). We were joined on this journey by Althea, Don, Sean, and Tara. Bit of a backstory before we dive into the delicious food. My dream has always been to go to Australia. As a wildlife enthusiast and overall animal lover, nothing sounded more interesting to me than the diversity present in Australia. Ian has also harbored a similar love for Australia (mainly for the Hemsworth men running around in the wild). So when the Bassett elders said they were able to get a trip to Australia through their timeshare, we moved heaven and earth to join them! Our first stop was Sydney and then we moved onto Brisbane/Surfers Paradise- but that will come later.

Our hotel was right in Circular Quay- so walking distance to the Sydney Harbor and Opera House. Beautiful views right in the heart of the city. Instead of boring you with every detail of all the delicious food we ate (because we ate a lot- still trying to work off that poundage), I am going to hit the highlights. I am also going to hit the highlights of things around the city we saw and did! 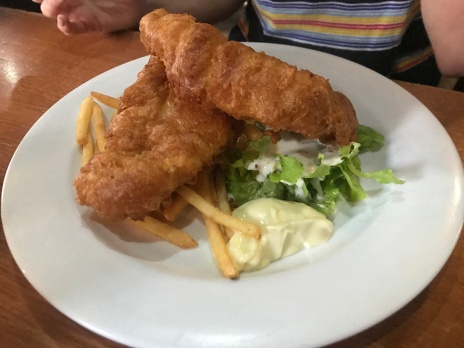 Once we were settled in Sydney, I practically forced the rest of the crew to this place I had read about called The Lord Nelson Brewery Hotel. It is Sydney’s oldest licensed hotel and pub brewery. The beer was great, but the food was incredible! I had simply THE BEST fish and chips I have ever had in my life. Light, crisp, and delicious.  Most of the table got the meat pie. It came perched on top of mashed potatoes and then covered in mushy peas and brown gravy. Side note, I am a convert to mushy peas. I kind of love them now. The gravy was rich and hearty and accompanied the flaky crust beautifully. I would highly recommend this place to anyone looking for good food and an authentic atmosphere.

Ian Note- one of the best parts of Sydney was the old timey British Pub feel in a relaxed beachy atmospheric setting.  I have always heard so much about Sydney and how incredible it was. It might be my favorite city I have ever been to and for once a city lived up to the hype!  Lord Nelson had the COOLEST vibe ever. I could have gone there every day, then move to Sydney and still go there every day. You can feel like a Hobbit and hit the waves all within minutes of each other. 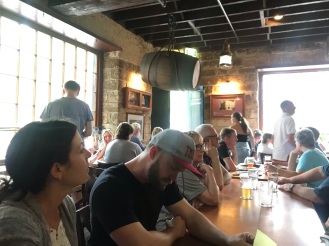 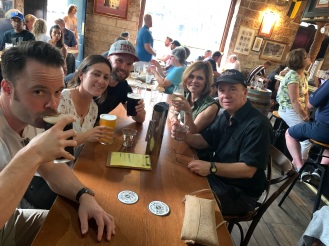 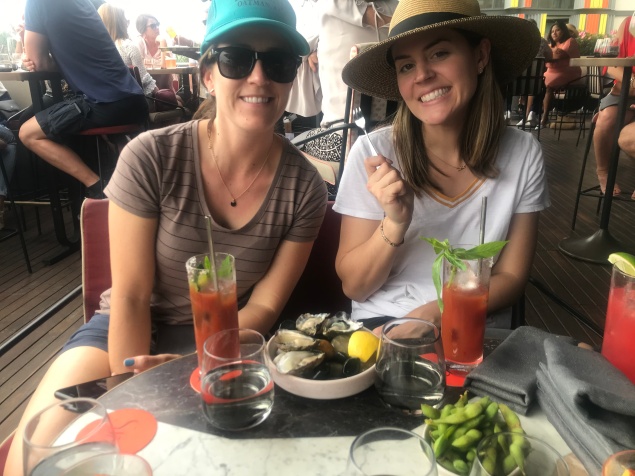 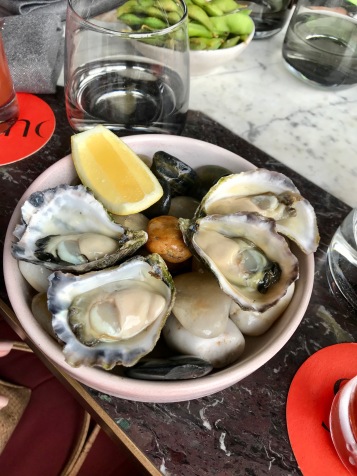 This is a little bar where we enjoyed drinks and appetizers in Darling Harbour. We shared some oysters, fries (aka chips), and other delicious appetizers. The atmosphere was very hip and the views were stunning! Smoke sits right on the harbor on a restaurant row of sorts.  There are actually layers to the building it is located in. Want fancy? Upstairs. Want sandals and beer? Downstairs. We of course did not just keep it to the upstairs Smoke Bar and did make our way down the steps. The Bassett Bros. requested a cheaper way to increase their blood-alcohol volume after we absorbed the sights, sounds, and snacks. 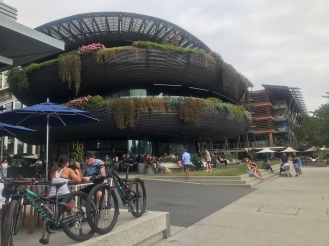 Ian Note –  Or should I say, “Beer Note?”  Australia is hip to the whole IPA and Pale Ale scene, but their bitterness is much lower.  As a fan of Pale Ales, they really had good selection. Coming from San Diego, you would consider their IPA’s more of a PA.  Super tasty, not bitter, easy to drink. 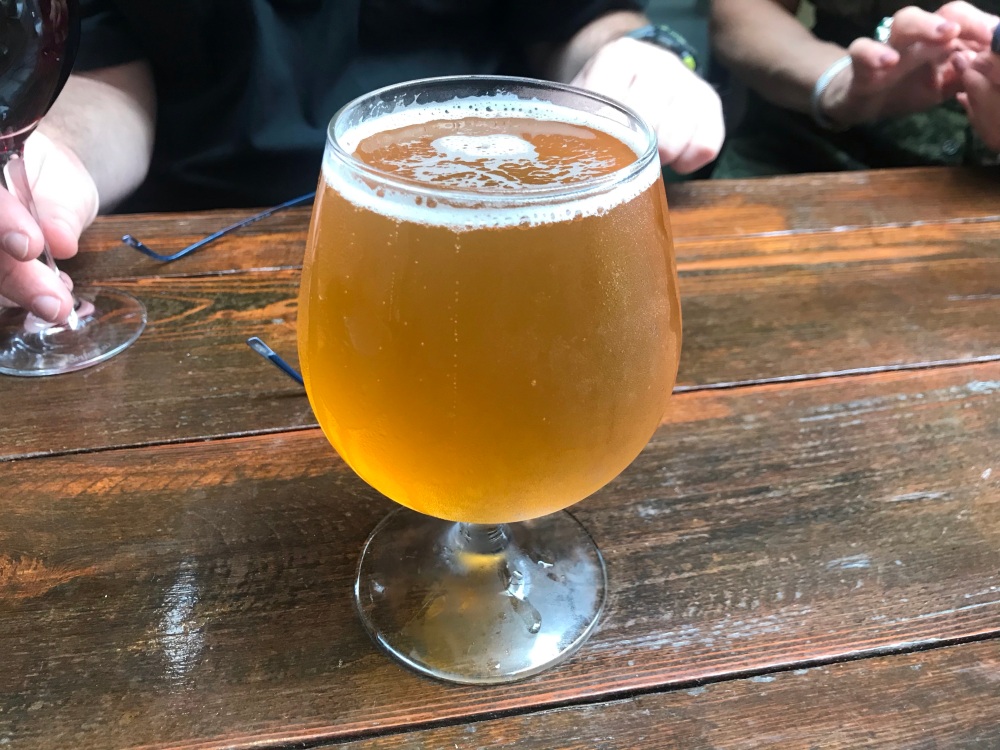 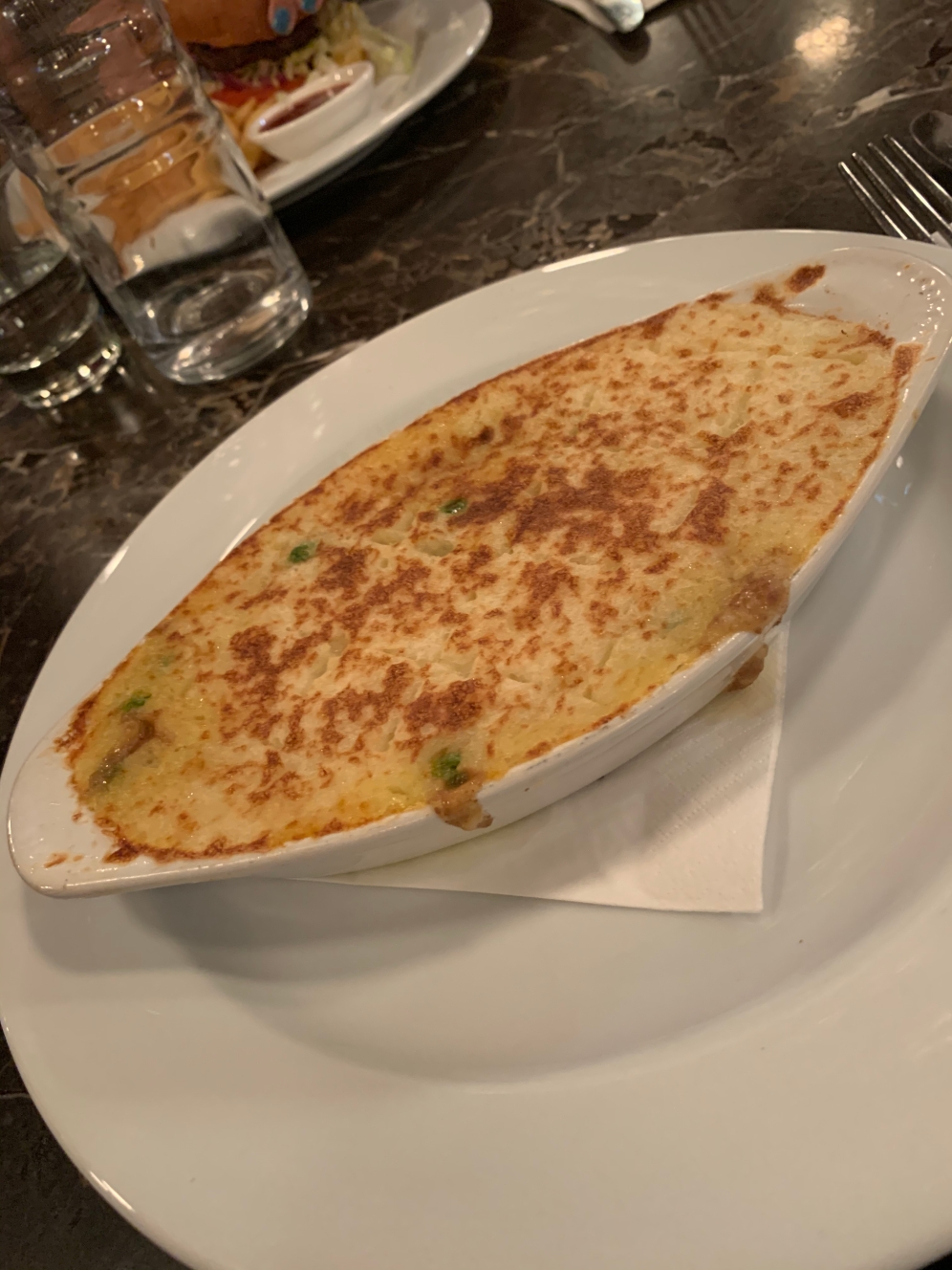 The Rocks is a cool funky little area right by the harbor. Located in the heart of that, is The Rocks Cafe, another old timey British inspired restaurant/pub with a rich history. The number one reason this restaurant is so important to me is it is where I met my new love. I am sorry, Ian, but it’s true. This is the first time I tried the Australian delicacy that is potato wedges with sour cream and sweet chili sauce. That sounds weird, right? Heck no. It’s fantastic. It’s the combination you never knew you needed. Darn it Australians, you are geniuses. Oh yeah- we had other food there. I got a homey Shepherd’s pie, Ian got a melt-in-your-mouth steak (best steak I had on the trip! – Ian), Sean got some pasta, and Tara got a kangaroo burger! (She regretted that later when we met some kangaroos- but she did enjoy it at the time!) 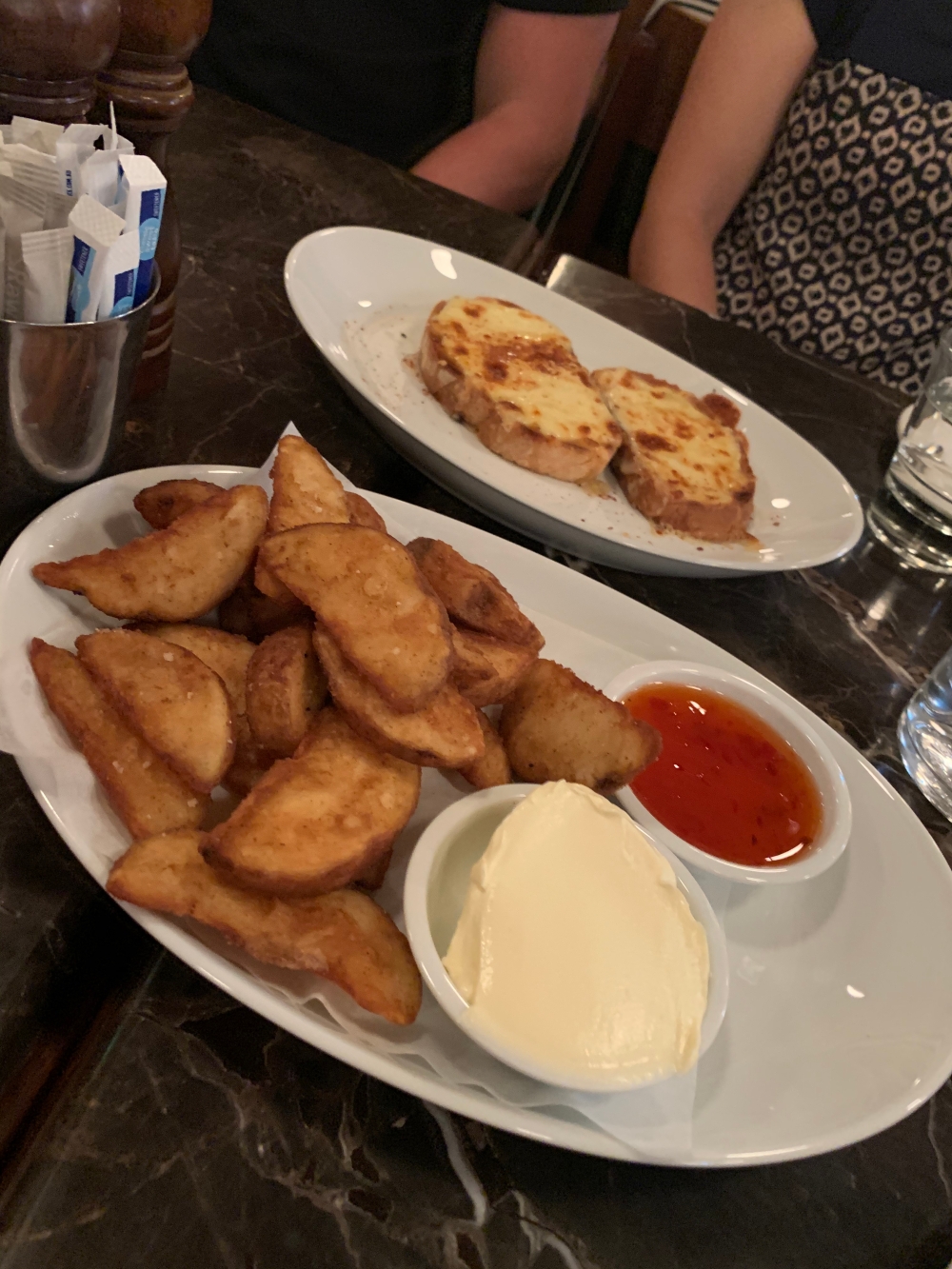 Those were the best places we ate in Sydney, but there were many more! We also ate our weight in desserts and pastries. I would like to note we walked like one million miles (convert that to kilometers if you would like), but it made no difference. Speaking of walking around- let me tell you some of the best spots we checked out while we were there! In the heart of Sydney, we saw the Taronga Zoo (highly, highly recommended), SEA LIFE Sydney Aquarium, National Maritime Museum, and Bondi Beach. Ian, Sean, and Tara even did the bridge climb! I drank a few beers and waited for their return from the long journey.

Before I conclude this epic blog, I would like to point out the one thing I did not enjoy in Sydney. That would be… VEGEMITE. Omgosh- we tried some at our (awesome) hotel breakfast buffet and I gagged heavy. I will admit- I guess we did it wrong and we used too much, but yuck! Ian even said, “Ew this tastes like the bad parts of beer.” Little did we know he was right! Vegemite is essentially a by-product of beer making.  I love you, Australia, but you are so wrong on the Vegemite front. Don’t try to convince me, I am not budging on this front. Tune in next time (if you aren’t still mad about the Vegemite comment) for some more tasty food- Brisbane style! 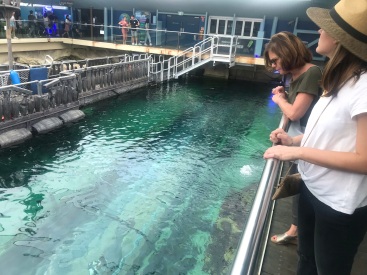 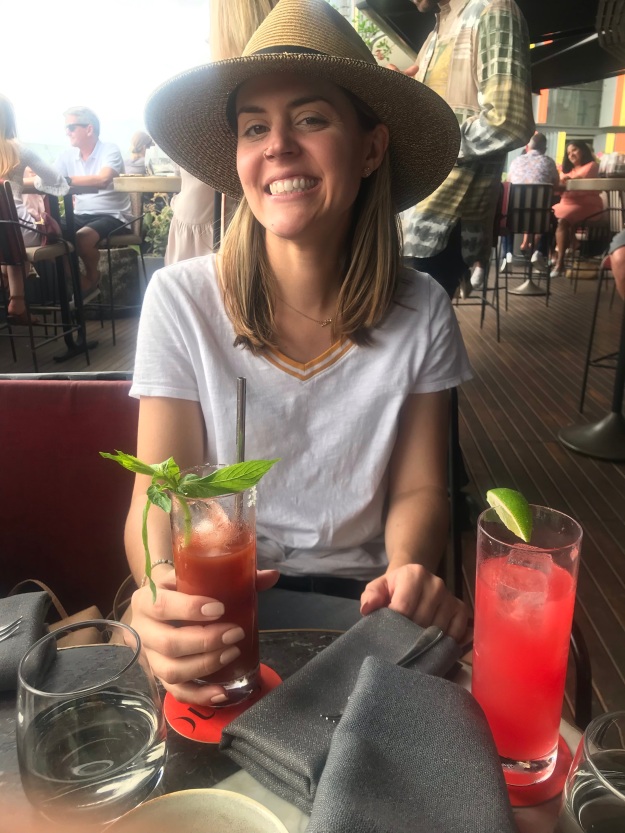 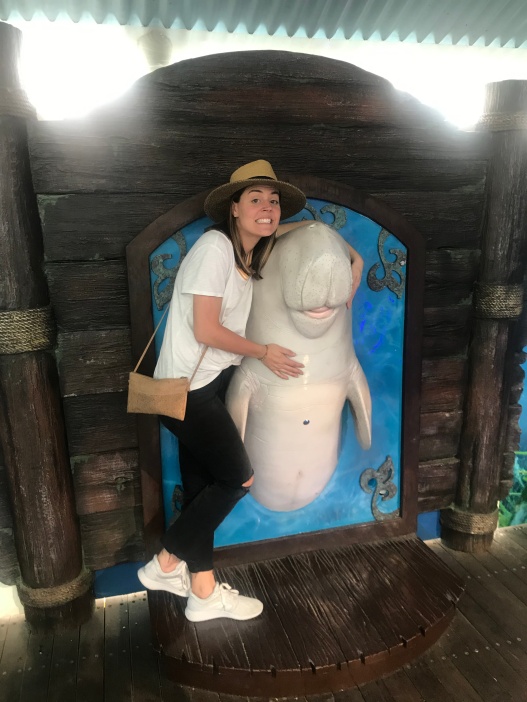 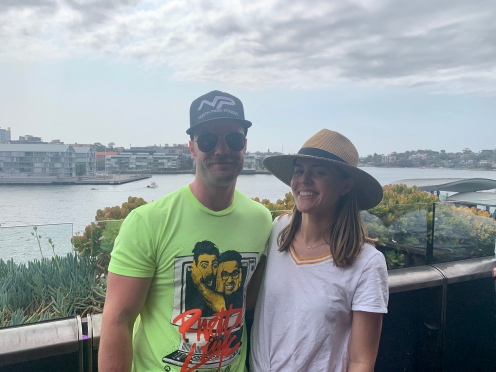 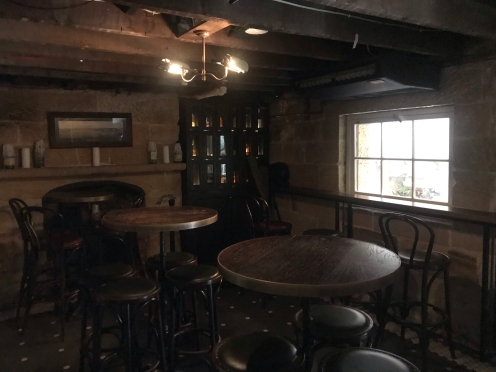 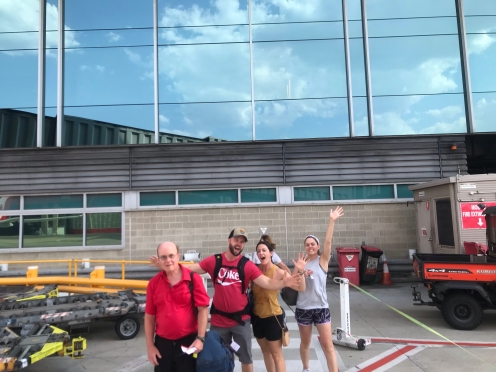