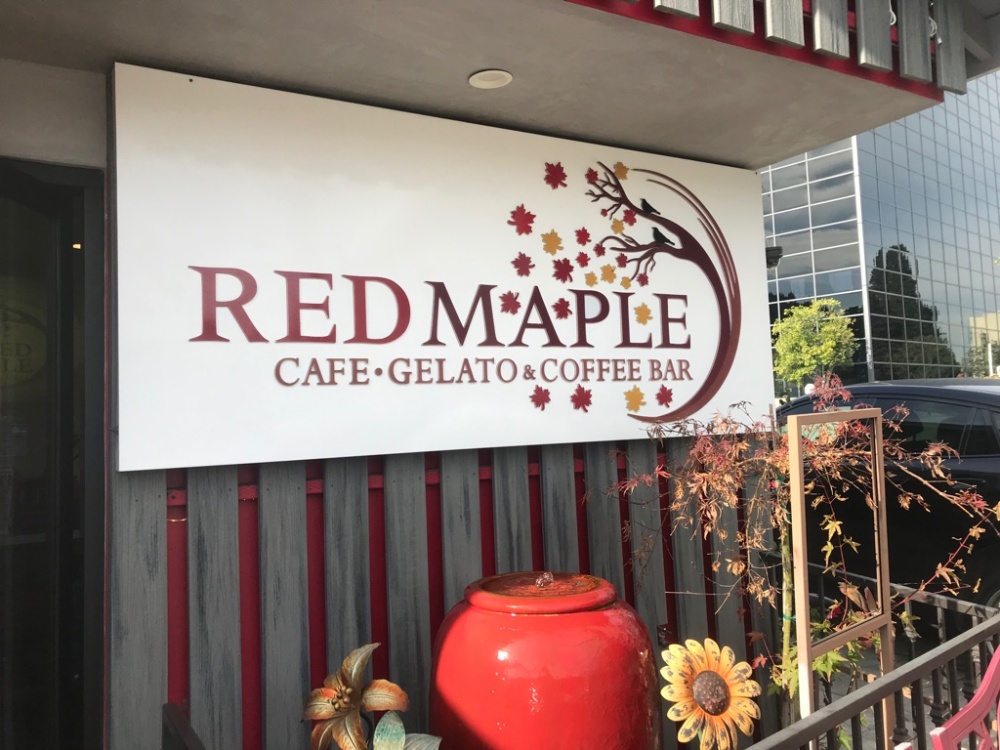 Dear readers, I must start this blog entry with an apology. My blog entries have been… absent lately. For that, I extend my sincere apologies. As you all know, the holidays can be a hectic time, and Ian and I spent it with friends and families. We had a great holiday season, and we hope you did too! Ok back to business! This week, we are going out of San Diego to the city of Burbank. To this cute little cafe Ian’s parents took us to for breakfast on Christmas Eve Eve. 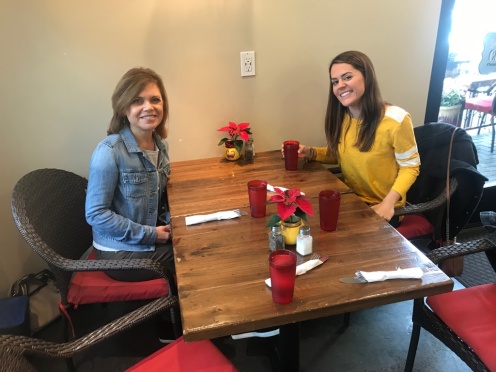 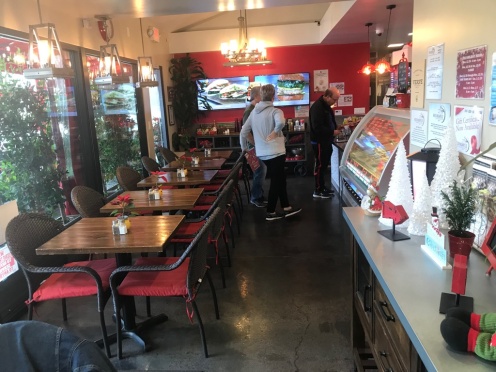 The Red Maple Cafe is a true hidden gem located in Burbank near the Warner Brothers’ offices. We went for breakfast, but this beauty has it all. Breakfast, lunch, dinner, coffee, and gelato. We will get to the gelato folks, don’t you fret. Ian’s parents are what some would call… regulars.

This breakfast was a great way to start off our Christmas celebrations. Ian and I went halfsies on the Red Maple breakfast sandwich and the brisket and egg burrito. Hard to say which was better! The brisket is slow roasted and full of delicious flavor. The chipotle aioli and green salsa were the kickers! The sandwich was one of the best breakfast sandwiches we have ever enjoyed! The flavor combinations were unreal. Chili lime bacon, smashed avocado, manchego cheese, herb roasted tomatoes, green onion aioli, and toasted focaccia were unbelievable. Surprisingly, the lime mint watermelon salad was even more impressive than the roasted potatoes. Althea (Ian’s mom) got the breakfast quesadilla. Again, the candied bacon was the star. Don (Ian’s dad) went the sweet route and got the tiramisu French toast. Again, the flavors played together beautifully. Topped off with an espresso cream.The multitude of inventive French toasts, waffles, and pancakes on their menu is astounding. 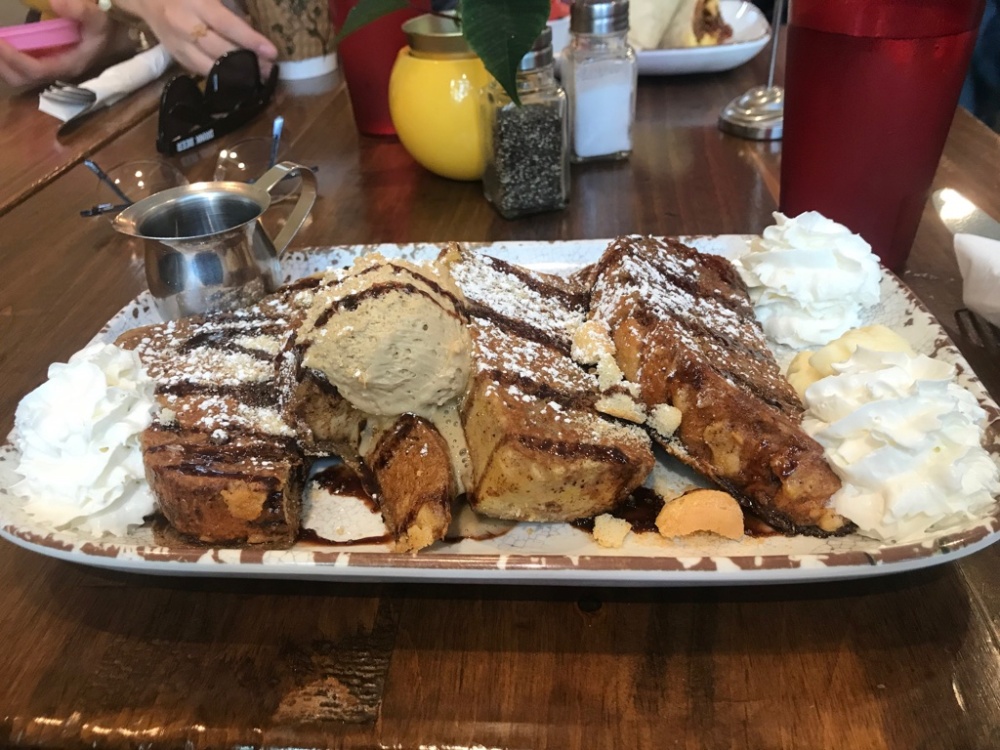 Ok, I promised y’all gelato. They have a nice selection including Ube (which is one of my favorite flavors). We got the peanut butter cup and the spiced pumpkin. Honestly, they were both mind blowing. The spiced pumpkin had a swirl of cinnamon, brown sugar, and fall-related spices. It was great! We took some home and forgot to save some for Sean and Tara (sorry, y’all). It made Christmas Eve Eve eve-n better! 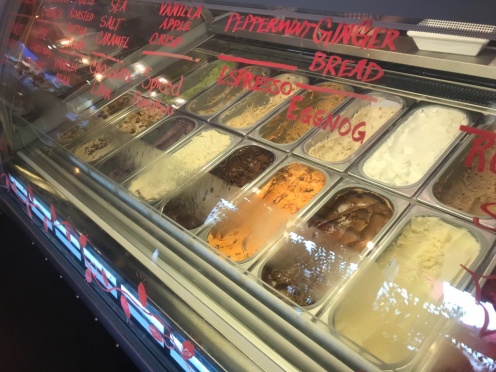