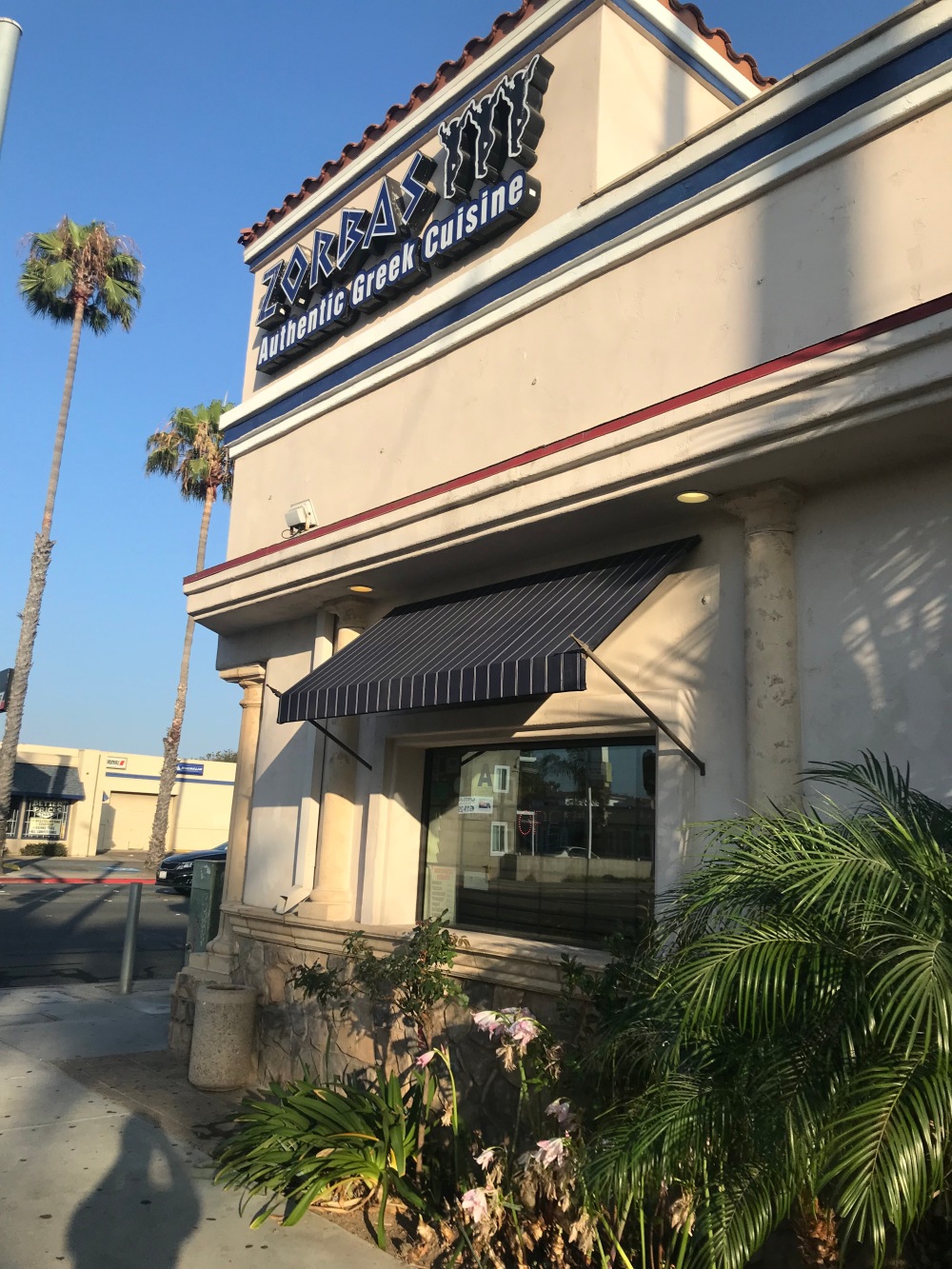 Sometimes, the way to find the best places is just get out there and try new things. You will strike out occasionally (see our trip to the fair), but every now and then you find an absolute hidden gem. Spoiler alert: that’s what Zorbas Greek Restaurant & Buffet in Chula Vista is- a complete hidden treasure. Last Saturday, I was craving Greek food. Not like a small amount of Greek food, I wanted mountains of gyro meat, potatoes, salad, all that jazz. So I said, “Ian, wouldn’t be it great if there was a Greek buffet?” And he responded, “Yeah babe, but there isn’t one here!” So I took to the internet to prove him wrong, and I stumbled upon a Greek buffet in Chula Vista. It had a pretty good rating, all-you-can-eat buffet, and free entertainment (we will get to that). So I made us a reservation and away we went.

From the outside, Zorbas appears to be a low-key joint. You honestly wouldn’t expect too much from it. But man, you would be wrong! You’re hit with the smell of oregano, lemon, olive oil, and roasted meat as soon as you walk in the doors. The buffet is 100% the way to go. The dinner buffet is only $20 (on Friday and Saturday night)! It is worth every darn penny! Mountains of fresh ingredients to build your own Greek salad, hummus, meats, sides, and a whole section for desserts. Everything we had was amazing. I will elaborate some of the high notes (there were a lot to choose from). The beef special was incredible. Tender, melt in your mouth beef with hints of cinnamon and clove. The gyro meat was perfectly seasoned, cut, and prepped. I think I ate about a pound of it. The tzatziki was smooth, creamy, and tangy. The pita was perfectly toasted and anything with phyllo dough was perfectly crunchy. The roasted potatoes were next level perfection- roasted in olive oil, lemon juice, and spices. The stuffed zucchini boats were hearty and comforting. The dessert table was… well, I think I have had dreams that looked like that table. Baklava, rice pudding, cake soaked in honey, you name it. Everything you had was sweet, delicious, and like it’s Grandma’s recipe. The noise Ian made when he bit into the Baklava was not appropriate for public. 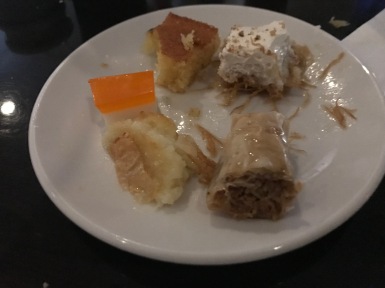 Zorbas doesn’t just have good food for an incredible price. It also has entertainment on the weekends (Fridays and Saturdays). That means live music and belly dancers! They were all incredible! Another slight spoiler alert, there is fire! Fire, y’all. It was exciting. I was fangirling super hard, and Ian was slightly drooling. We stayed for an extra 30 minutes after we stuffed our faces just to watch it. Zorbas is a hella good time. I told Ian, I felt like we were at a Greek wedding, and it was incredibly fun. Sometimes you need something new and different to spice up your night (see what I did there? Punny right?!). So get out there and have an adventure, y’all! Opa!